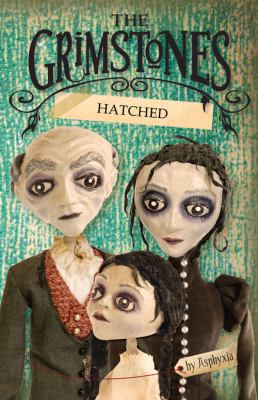 Tipsa
Inne: 1
Antal reservationer: 0
Innehållsbeskrivning
Meet Martha Grimstone, a girl trying to find her own special talent in the world, in this sweetly gothic fairytale told in a collage of words, photos and drawings 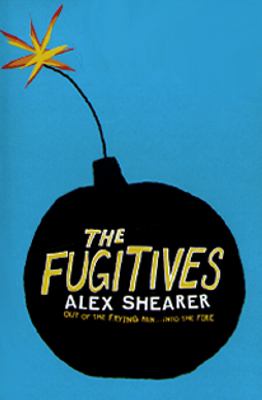 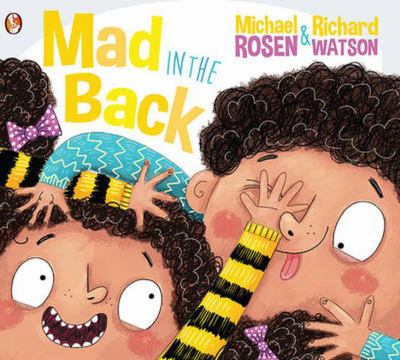 Bok
Mad in the back
Av: Rosen, Michael
Utgivningsår: 2015
Språk: Engelska
Hylla: ufHe
Medietyp: Bok
Resurstyp: Fysiskt material
Two siblings drive their mother to distraction on the car journey from hell, while Mum tries every trick in the book to get them to behave, from cunning distractions - "Look! It's a LAMP-POST"--To threats of abandonment by the side of the road. All together now: "Are we nearly there yet?" Part of Barrington Stoke's picture book range for all the family, with easy-read font. 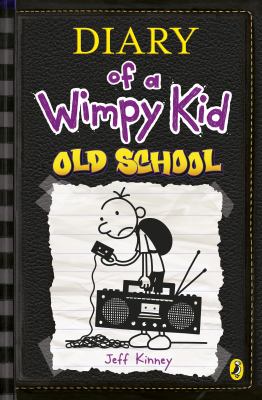 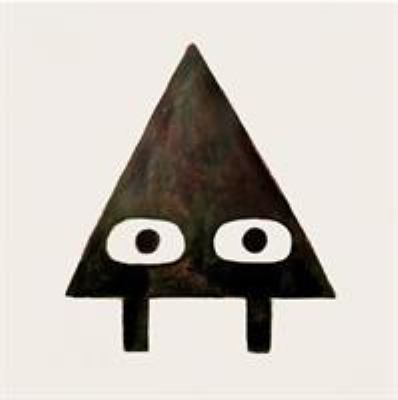 Bok
Triangle
Av: Barnett, Mac
Utgivningsår: 2017
Språk: Engelska
Hylla: ufHe
Medietyp: Bok
Förlag: Walker Books
Resurstyp: Fysiskt material
Multi-award-winning, bestselling duo Mac Barnett and Jon Klassen conspire again on a slyly funny tale about some very sneaky shapes. From the award-winning team behind Sam and Dave Dig a Hole, and illustrated by Jon Klassen, the Kate Greenaway-winning creator of This Is Not My Hat and I Want My Hat Back, comes the first tale in an exciting new trilogy. Meet Triangle. He is going to play a sneaky trick on his friend, Square. Or so Triangle thinks...Visually stunning and full of wry humour, here is a perfectly-paced treat that flips the traditional concept book, and approaches it from a whole new angle 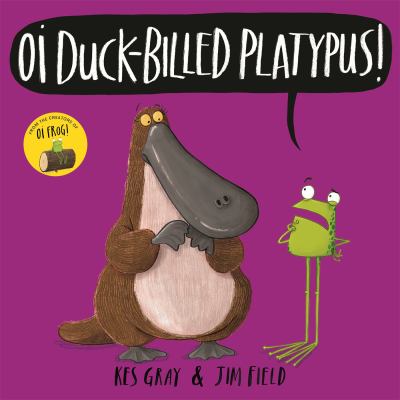 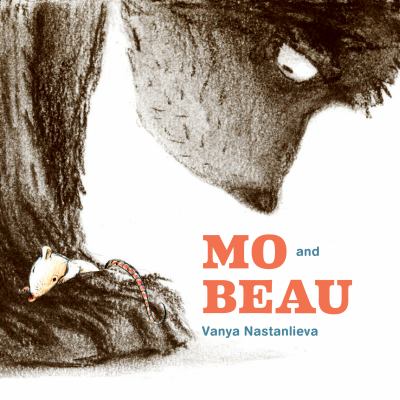 Bok
Mo and Beau
Av: Nastanlieva, Vanya
Utgivningsår: 2015
Språk: Engelska
Hylla: ufHe
Medietyp: Bok
Förlag: Simply Read Books
Resurstyp: Fysiskt material
Little mouse Mo wants to play. But big bear Beau is tired, and getting ready for sleep. Luckily Mo finds the perfect way to have fun: by copying Beau! Stretching, yawning, bristling his fur--Mo copies it all, until he too is ready for a nap. Meet these two adorable characters in this perfect bedtime book 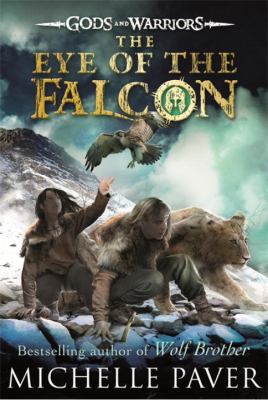 Bok
The eye of the falcon
Av: Paver, Michelle
Utgivningsår: 2014
Språk: Engelska
Hylla: ugHe
Medietyp: Bok
Resurstyp: Fysiskt material
Winter has been colder than anyone can remember, and there is no spring. The eruption of Thalakrea has shrouded the sky in ash, and blotted out the Sun. Fate brings Hylas to the island of Keftiu. He is desperate to find his friends: Pirra, the daughter of the High Priestess, and Havoc the lion cub. But Keftiu has suffered more than anywhere from the fury of the gods, and the once-prosperous island has been ravaged by cold, famine and plague. As Hylas sets off alone to seek his friends, he is tormented by the fear that Pirra and Havoc may not have survived the winter ... 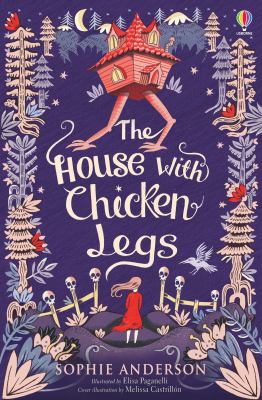 Bok
The house with chicken legs
Av: Anderson, Sophie
Utgivningsår: 2018
Språk: Engelska
Hylla: ugHe
Medietyp: Bok
Resurstyp: Fysiskt material
For Marinka's grandmother is Baba Yaga, who guides spirits between this world and the next. Marinka longs to change her destiny and sets out to break free from her grandmother's footsteps, but her house has other ideas... 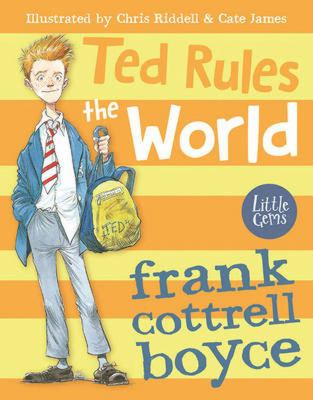 Bok
Ted rules the world
Av: Cottrell Boyce, Frank
Utgivningsår: 2015
Språk: Engelska
Hylla: ufHe
Medietyp: Bok
Resurstyp: Fysiskt material
Ted thinks there's something fishy going on. Ever since his birthday when he got a special loyalty card at the local shop, all his great ideas are being thought of by the new Prime Minister too. Now there's laws about walking to school and everyone has Mondays off! Could the shop's market research lady have anything to do with it? And if Ted has become a Leader, shouldn't he start thinking up proper laws to save the world ...? 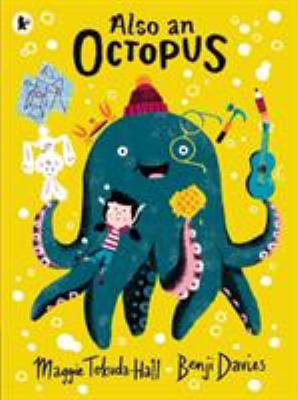 Bok
The seal's fate
Av: Colfer, Eoin
Utgivningsår: 2015
Språk: Engelska
Hylla: ugHe
Medietyp: Bok
Resurstyp: Fysiskt material
School's out, and Bobby Parrish is spending the summer on his dad's boat. Job number one is to deal with the seals infesting the peninsula. The money's good - but Bobby knows, deep down, that he hasn't got it in him. Eoin Colfer's trademark humour and lightness of touch and Victor Ambrus's classic artwork evoke a strong sense of place, character and vitality. An ideal gift for lovers of the best writing and artwork the children's market has to offer. 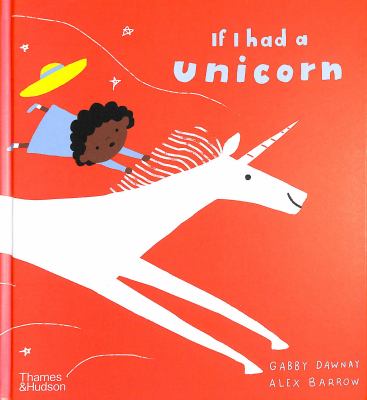 Bok
If I had a unicorn
Av: Dawnay, Gabby
Utgivningsår: 2020
Språk: Engelska
Hylla: ufHe
Medietyp: Bok
Resurstyp: Fysiskt material
https://s1.adlibris.com/images/57537132/if-i-had-a-unicorn.jpg
"From the duo behind the best-selling If I Had a Dinosaur comes this humorous and imaginative celebration of unicorns. Have you ever given any thought to what the perfect magical pet would be? Giants are far too big, and dragons are way too hot, but what about a unicorn? It might eat all your ice cream for breakfast, but if you get upset about that, it will feed you cotton candy! It can sprinkle star dust on grumpy siblings, carry you to soccer practice on a rainbow, and make sure you dream nothing but sweet and fluffy unicorn dreams. In this playful tale, a little girl finds out firsthand what it's like to have a magical creature as a pet." -- Amazon.com 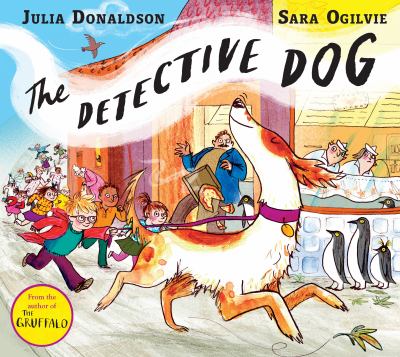 Bok
The detective dog
Av: Donaldson, Julia
Utgivningsår: 2017
Språk: Engelska
Hylla: ufHe
Medietyp: Bok
Resurstyp: Fysiskt material
There once was a dog with a keen sense of smell. She was known far and wide as Detective Dog Nell. Peter's dog Nell has an amazing sense of smell. Whether it's finding a lost shoe or discovering who did a poo on the new gravel path, her ever-sniffing nose is always hard at work. But Nell has other talents too. Every Monday she goes to school with Peter and listens to children read. So who better to have on hand when they arrive one morning to discover that the school's books have all disappeared! Who could have taken them? And why? There's only one dog for the job ...and Detective Dog Nell is ready to sniff out the culprit! Written by the brilliant Julia Donaldson and stunningly illustrated by the multi-talented illustrator and printmaker Sara Ogilvie, Detective Dog is a fast-paced celebration of books, reading, libraries, and the relationship between a little boy and his rather special dog. 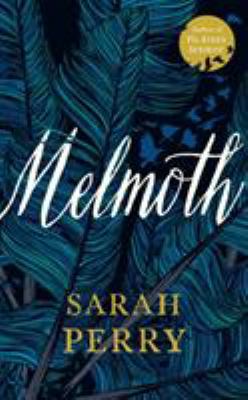 Bok
Melmoth
Av: Perry, Sarah
Utgivningsår: 2018
Språk: Engelska
Hylla: He
Medietyp: Bok
Resurstyp: Fysiskt material
"It has been years since Helen Franklin left England. In Prague, working as a translator, she has found a home of sorts--or, at least, refuge. That changes when her friend Karel discovers a mysterious letter in the library, a strange confession and a curious warning that speaks of Melmoth the Witness, a dark legend found in obscure fairy tales and antique village lore. As such superstition has it, Melmoth travels through the ages, dooming those she persuades to join her to a damnation of timeless, itinerant solitude. To Helen it all seems the stuff of unenlightened fantasy. But, unaware, as she wanders the cobblestone streets Helen is being watched. And then Karel disappears. . ."-- 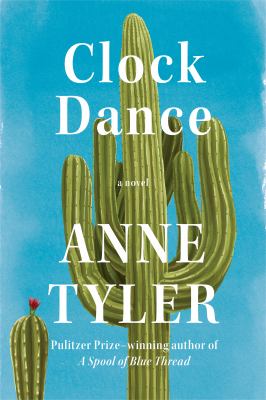 Bok
Clock dance
Av: Tyler, Anne
Utgivningsår: 2018
Språk: Engelska
Hylla: He
Medietyp: Bok
Upplaga: First edition.
Resurstyp: Fysiskt material
Willa Drake can count on one hand the defining moments of her life. In 1967, she is a schoolgirl coping with her mother's sudden disappearance. In 1977, she is a college coed considering a marriage proposal. In 1997, she is a young widow trying to piece her life back together. And in 2017, she yearns to be a grandmother, yet the prospect is dimming. So, when Willa receives a phone call from a stranger, telling her that her son's ex-girlfriend has been shot, she drops everything and flies across the country to Baltimore. The impulsive decision to look after this woman and her nine-year-old daughter will lead Willa into uncharted territory--surrounded by eccentric neighbors, plunged into the rituals that make a community a family, and forced to find solace in unexpected places. 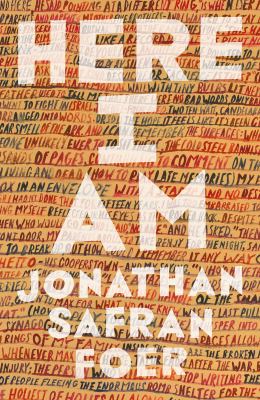 Bok
Here I am
Av: Foer, Jonathan Safran
Utgivningsår: 2016
Språk: Engelska
Hylla: He
Medietyp: Bok
Resurstyp: Fysiskt material
"God asked Abraham to sacrifice his beloved son Isaac, and Abraham replied obediently, "Here I am." This is the story of a fracturing family in a moment of crisis. Over the course of three weeks in present-day Washington, D.C., three sons watch their parents' marriage falter and their family home fall apart. Meanwhile, a large catastrophe is engulfing another part of the world: a massive earthquake devastates the Middle East, sparking a pan-Arab invasion of Israel. With global upheaval in the background and domestic collapse in the foreground, Jonathan Safran Foer asks us: What is the true meaning of home? Can one man ever reconcile the conflicting duties of his many roles husband, father, son? And how much of life can a person ultimately bear?"-- 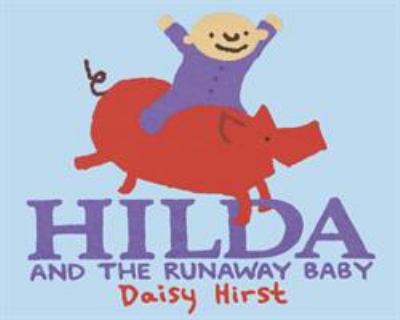 Bok
Hilda and the runaway baby
Av: Hirst, Daisy
Utgivningsår: 2017
Språk: Engelska
Hylla: ufHe
Medietyp: Bok
Förlag: Walker Books and Subsidiaries
Resurstyp: Fysiskt material
Hilda the pot-bellied pig lives at the foot of a hill. Life is uneventful and she is always where she expects herself to be. At the top of the hill lives a mischievous baby who is never ever where people expect him to be ... which is why he is known as the Runaway Baby. But on a high-speed escapade in a pram, the Runaway Baby and Hilda's worlds collide ... and an unlikely friendship begins 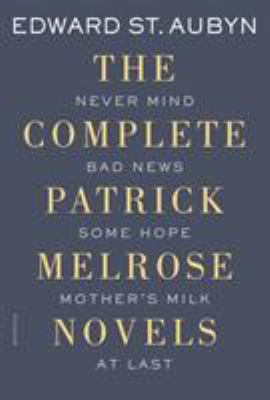